While thinking of how to draw timelines from earlier posts, I thought of technology that did not lead to progress.

In the library world, the most recent leap to nowhere was Bibframe.  The Library of Congress and Zepheira were about to retire MARC. Everyone agreed and still agrees that it is outdated.  Bibframe would integrate library holdings into search results.  The hard copies on the stacks, on their way to being forgotten, would now be on equal footing with product reviews and blog posts.  Then, the divorce happened.  Once the LOC and Zepheira went their separate ways, more versions of Bibframe sprang up.  All of them are better than MARC, which remains on the throne, like a royal who agreed to abdicate many years ago but remains as the coronation ceremony gets endlessly delayed over arguments about such things as the color of the tablecloths.

Beyond libraries, a look at Microsoft Word is instructive.  It reigns supreme, even though Google Docs has made inroads with its free and paid enterprise versions.  Before that, Libre Office and Open Office, two forks of one program, never caught on much at all.  Why?  Although they have always been free, the answer is “Because.”  What’s even more amazing is the trajectory of the other program once referred to as “Word,” WordPerfect.  The program dates back to 1979 and soldiers on as an integral part of the otherwise fashion conscious legal field.  Were another package to add back the now unique “reveal codes” feature it might be wiped out, but it remains unlikely.

For now, drawing timelines of blockchain and other recently mentioned technology remains a challenge.  Unconventional trajectories do not lend themselves to easy graphic representation. 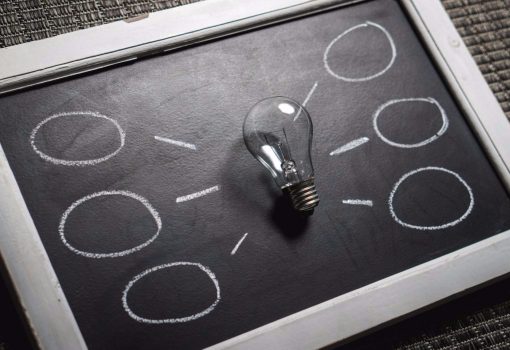 Blockchain is exactly what it is named, a chain of blocks. Each block contains a record of information, such as a deed […]

ENROLL IN THIS FREE MOOC TODAY DESCRIPTION Blockchain technology is a trend on the brink of revolutionizing the public and private sectors, […]