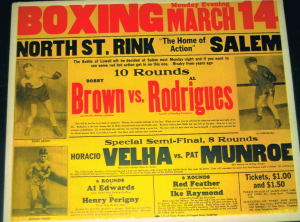 What do you say to a champion?  Few in the family knew.  At large gatherings, Horacio Velha (lower left on the poster) often stood alone or with his wife, occasionally talking to others from the immigrant generation.  By then he was elderly, but he always stood straight and wore a suit.  He wore green, even when the color was out of favor.  It made for an odd look at times, but we were in awe of him. It’s a color of Portugal, and it was the color he wore when he fought his way to become the Iberian welterweight champion.  My great-aunt and uncle remembered people coming up to him when they were visiting in Portugal. Decades had gone by, but he was never forgotten.

The highlights from Microsoft Word’s long and detailed  timeline resemble a boxer’s record.  Word has been at the top for a long time, fending off challenges from free alternatives and paid programs.  Will Blockchain evolve in the same way?  How many challengers will come along before it is dethroned, and peer to peer networks are built with different tools?

While the analogy only goes so far, it still fits.  Software goes through many versions, but boxers only have one body. In this case, Horacio Velha left in time to have a good life and remain sharp well in to his eighties.

Here is a sample of Microsoft Word’s record so far. 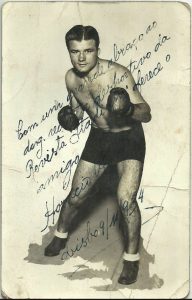 On July 16, 2018, Felipe Vera posted a short but important paper, in which he showed how Blockchain would make the leap […]

For libraries, Blockchain represents the opportunity to build their own networks.  Beyond being independent of such entities as OCLC, libraries will be […]

The Blockyball or Blockhelix is on the way.   Quantum computing is here.  Google made it work with a 53 qubit processor […] 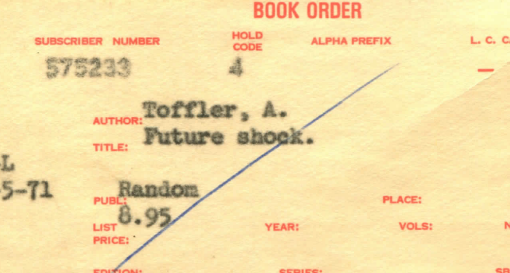 Or maybe it’s the Cryptocalypse That Will Happen at a Later Date.  In any case, predictions are often where the money is. […]